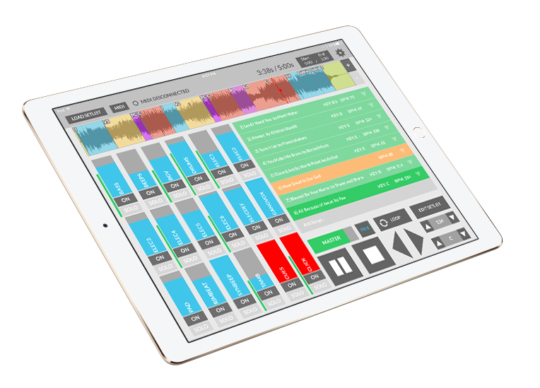 Loops, stems, tracks, whatever you might happen to call them, using audio tracks within your worship services these days can be a great benefit to your worship time, but this added resource can also create some challenges as well. To begin with, for the purpose of this blog post, I am going to assume that you already have had some experience in using tracks during your worship time.  If not there are some great resources out there, such as this training page from loopcommunity.com,  where you will find many videos to help you get started if your thinking of using tracks for the first time. You’ll see later as you read, why it’s kind of funny that I just linked LoopCommunity.com in this post.
This January I had the opportunity to attend the NAMM show out in California.  If you’re not familiar with NAMM, it’s the largest music trade show in the world.  For four days, thousands of people flock to Anaheim (mostly wearing black clothing) to take part in this mass of talent and equipment. During NAMM you can experience the latest in gear, and rub shoulders with some of the best in the business. This was my third year to attend, and each year that I’ve gone I’ve used the time to research new ways to assist me in the ministry I’ve been called to do.  This year my goal was to find an easier, more flexible, volunteer friendly solution to using live tracks within a worship service. 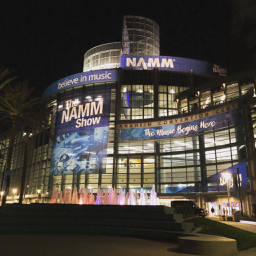 Over the years I have used many software packages to play tracks in a live setting; Logic, Garage Band, Ableton Live, and most recently Digital Performer.  Each software package has had it’s own strengths, but also presented different and unique challenges as well. Techie alert, but I feel I should explain what a typical set-up would be.  A typical week would consist of a 5 song set list, built on a horizontal timeline, using multiple individual parts or tracks for each song.  Each track would then submixed into 8 individual output groups, that was then routed to the FOH mixer by way of Ethernet using a digital I/O box. Each set list would have song markers and have section/rehearsal markers as well that could be cued up with either a mouse click or by seleting a number. It would take multiple hours each week to develop this workflow. Week after week, after week. When I first arrived at Valley Church my predecessor used Ableton Live, so that’s what I used as well.  What I discovered though is that one of the biggest challenges with Ableton Live is that it won’t allow you to cut, paste or import saved projects into new projects, as you could only have 1 project open at a time.  Basically what that meant is that I would have to, as I would say, “re-invent the wheel” each week. Each and every week, I’d build the tracks, lay out the songs, and then add all of the markers. Week after week, after week. 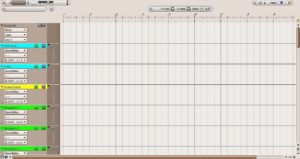 Enter Digital Performer. It just so happened that my boss and I were in Nashville, at the same time, that my friend Andy, a worship leader at a mega church out west, happened to be in town as well.  He was working on his latest CD project and after speaking on the phone we decided we’d all meet and grab some dinner together. Like you would expect musicians to do, we started talking shop, and at some point the topic of tracks came up. I was sharing with him my woes of having to rebuild my lists each and every week, when he then told me about Digital Performer. He informed me with DP you CAN cut and past from one project into another, and more importantly you could import an entire project into another open project!  In the Digital Performer world this is called a “chunk.”  [To make sense of this, I could build out a song, say “10,000 Reasons” in G, where I would set the tempo, add the tracks, set the outputs, and set all of the rehearsal markers, and then save the song.  Once saved, I could then import this entire song, and all information included, into my set list as a “chunk.”  This was huge, as it would save me many many hours each week!   What I eventually learned though is that the downside of Digital Performer can be that it can be complicated to use (bad for volunteers) and kind of “janky” at times, causing our laptop to crash in the midst of a service. (Easter. Yikes!)  And, with both Ableton and Digitial Performer, they are not flexible at all for quick changes.

So, now we’re back to the NAMM show, where I was wondering the aisles in search of a better way to use tracks in our weekend services.  As I’m walking, I noticed a piece of gear that looked kind of interesting, so I stopped and began chatting with the guy at the booth. “Ok! Well, tell me what you’ve got here,” I said, and he kind of laughed and said that he actually didn’t really work for the company, but instead was just watching the booth for a friend while he went to grab some lunch.  At that we both kind of laughed and then he asked me what  I did?   Now as I started to tell him I was a music pastor in search of a better way to play loops in our services, I began to think to myself “this guy looks familiar?” And as soon as I said, music pastor, he perked up and said, “me too!” and then said, “hey let me show you what I use! By the way I’m Matt, I’m a worship pastor as well.”  And that’s when it hit me that I was speaking with Matt McCoy  founder of LoopCommunity.com. He’s the guy in all of those great training videos I spoke of earlier. Nice. 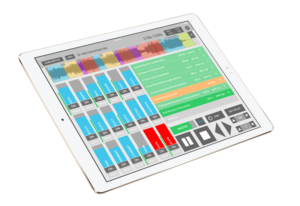 Then my good friend Matt (sarcasm) began to show me a new program he had been developing called Prime.  I’ve got to tell you, it’s pretty slick.  Prime has everything I was looking for, plus some nice extra features that just pushes it over the top.  Not only can you build out and save entire songs, using multi tracks, with set rehearsal marks, and then later import those songs to build your set, but you can also change the tempo and key for each song saved instantly.  What?! How many times have you wished you could speed up or slow down a song just a bit, or change keys on the fly, as when you have a female worship leader  this week, instead of the male  leader who led the song last time?   Want to repeat the chorus, the bridge, actually any part of your song, yep you can do that too!  But now it just gets fun, in that it’s a FREE APP download for iPhone or iPad, uh yeah I said FREE, and there is also a Mac version as well.  Top that off in that it’s all Cloud based, with both songs you’ve purchased from LoopCommunity or any song that you decide upload to your FREE cloud account.  So now whatever songs you use in the main auditorium, any other ministries could use as well with the help of this FREE APP. Awesome!   Simple, Easy to use, accessible with mac, iPhone and iPad and Free.  You had me at Free. 🙂   Prime. Give it a shot! 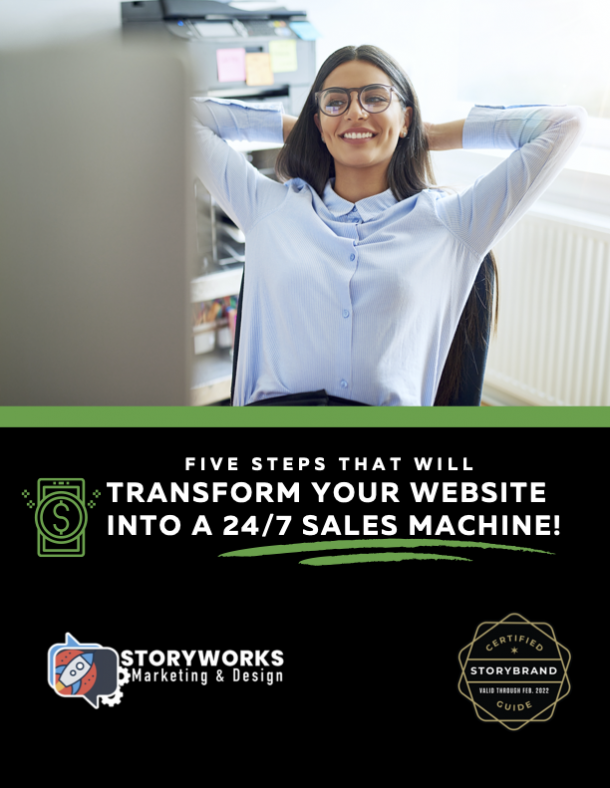 5 Steps To Transform Your Marketing

Stop wasting money on marketing that doesn't work. Download this FREE PDF and find 5 steps you can take today that will provide a guaranteed return on your marketing investment.

Awesome! Look for an email within your inbox to download your PDF.